There are several genres in photography that are related to the creative process only when they are invented by someone alone and used for their own artistic purposes – subsequently this area of ​​​​art becomes quite widely accessible, and all other photographers just measure themselves with anything, shooting right and left and twisting photos in a computer… this process has little to do with art. Let me explain: this was the case, for example, with panoramas, which, before the advent of digital photography, were performed either with special cameras, or with such dances with a tambourine that any Indians would envy – today, a panorama is easily glued with specialized software on a computer, and the user only needs to select photos and press a single button. The same thing happened later with high dynamic range (HDR) photos – as soon as Photomatix became fashionable, the situation became similar to what exists with panoramas: a number of “photographers” do just that. It’s not art, it’s not even fashion – it’s just a hobby that just doesn’t work for someone. I was also sick of panoramas, it passed with time. Now I just know that at some point I can use this tool – having played enough with it, I gradually got rid of the desire to use it on every corner.

Now there is a new toy: the ability to shoot the ground from a height – a 40-watt firefly recently in his blog described a remarkable scheme for building a primitive flying machine, which could be supplemented with a few thoughts. Believe me, this is cooler than Goethe’s Faust. If you have filmed from an airplane, then you will understand what I mean.

Aerial photography on an industrial scale is usually done from helicopters using high quality equipment and high quality photographers. Recently, however, there have been commercial solutions for enthusiastic photographers, like Draganflyer, but this is rather an exception than a rule – today both in Russia and abroad there are a lot of secret objects that even Google Maps is not allowed to shoot. So, for example, you can’t launch light aircraft near airports (within a radius of about 10 km), and the rules for shooting individual architectural structures generally drive aerial photographs into such a framework that it turns out that you can shoot freely only in an open field. It’s all about legal restrictions.

Now let’s move on to the possibilities, in addition to those already discussed above. What, in fact, we need to consider in order to take good shots from a height and what to do.

Aircraft. If you’re into aeromodelling, the most budget-friendly solution would be to mount a camera on an existing aircraft – otherwise, don’t even bother with it. Although the solution is more controlled (you can shoot where you want), it is more expensive and costly. Again, you need to provide ways to reduce vibration when photographing. A cheaper option is to make a kite. You just need to take into account the entire camera – in other words, make the kite larger according to the indicated scheme, simply observing all proportions. Buying a kite is also possible (by the way, it’s even easier to do this), you just need to choose a fairly large one.
Camera. There are several requirements for the camera: preferably light (although weight can be sacrificed for the sake of protection – there are heavy models like the Olympus m770 SW, protected from shock loads and moisture), which must be able to shoot continuously at certain intervals at full automatic using the built-in timer (for example, , one frame every 20-30 seconds) – in fact, there are few such models (for example, in the category “compact camera under $400 with the interval shooting function” on dpreview.com, you can find only the following compact models: Nikon Coolpix S1, S2, S6, 3700, Pentax Optio S6, Canon PowerShot Digital IXUS 850 IS, S60, S70, Kodak P850, Olympus SP-510 UZ, SP-500 UZ, SP-310, SP-350, Konica Minolta DiMAGE Z2) , potentially the camera should be one that is not a pity to lose, and the optical image stabilization function is highly desirable, because. both the plane and the kite will vibrate.
Protection. Before mounting the camera on a kite, provide protection against strong shocks: partially pack the case, for example, in foam (take a box from a freshly bought TV or music center, cut out the corner sections from the foam there and tape them to the camera, only this way, so that the shutter button and the menu access key are open … well, and the lens, of course). You can also think about protection from moisture, in case the kite falls into the water, but this is already an overkill.
Flight practice. First you need to learn how to control the kite in general. First, without a load, then with a load approximately equal in weight to the camera (attach the load to the same place where you are going to mount the camera – preferably in the center of the kite itself). When it starts to turn out without falling and getting stuck in the trees, you can start to start the camera.
Settings. The camera must be set to shoot continuously. To get an idea of ​​what interval to set, try to time the time during which the kite is hovering during preliminary flights, guess how many shots you 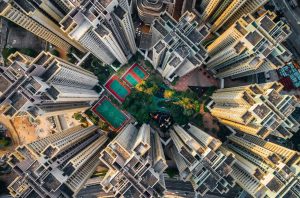 want to take, and divide the first by the second. The interval should be about 10-30 seconds, which is enough to write to the card, and so that your frames are not too similar to each other. The zoom must be set to the wide-angle position, i.e. so that you can see more – usually the viewing angle is set to just the widest when you turn on the camera. You can use the shutter priority mode (with ISO Auto), setting the shutter speed faster – 1 / 500s or even less, so that the effect of stirring is less felt (and shaking the kite at a height will be very strong). Focusing is either automatic (if you are sure of it) or manual to “infinity”.
Fasteners. You can fix the camera with the same favorite tape, pointing in a certain direction, you can hang it so that the camera looks straight down, you can invent something of your own. The most important thing is that it does not come off and does not hit when falling (remember that the foam protection will not protect it when falling from a 20-meter height, and nothing will protect it). By the way, it is not necessary to hook the camera directly onto the kite. You can make more interesting fasteners right on the fishing line that the snake holds and launch it only when the kite gains height – there will be less shaking, and the risk of breaking the camera will decrease. However, for such cases it will be necessary to think over a special mount.
Flight. Remember that you can’t do without help – launch two or even three together: with friends, children, fellow spies. Say goodbye to the camera in advance – it will be easier to transfer its loss in case of falling into water or hitting a stone, and the resulting photos will be more valuable.
Precautionary measures. Do not start the camera in the rain, during a thunderstorm, near power lines and state secret objects (including airports); don’t fly the kite alone; be reckless, but think with your head – it’s not enough to launch a kite, you must then safely lower it to the ground.