Despite the unclear concept, bracketing is just an automated exposure correction in two directions at once: both plus and minus. By the way, even now, in the digital age with elopement video, there are a lot of photographers who shoot with bracketing all the time – they can be treated like weirdos, although it’s safe to say that 50 percent of them are aware of what they are doing, and they certainly see the difference between a “stretched” frame and a correctly exposed one the first time (the rest just play around, they didn’t have enough toys in childhood).

With bracketing, the camera shoots 3 or 5 frames at the specified exposure compensation step. In this case, the series turns out to be uneven: a normal frame, a frame 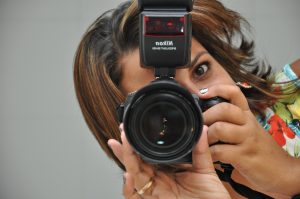 (or two, with different steps) in a minus, a frame (or two) in a plus. It should be noted right away that bracketing, for all its rarity, is applicable only in some genres – mainly when shooting static objects, because when shooting in such series, it would be unpleasant to notice that a frame with eyes closed turned out to be correctly exposed, frames The “plus” ones were smeared, and the “minus” turned out to be quite good, but dark. Moreover, statics can be removed with on-the-fly correction at all. All results can be viewed on the camera screen.

With the advent of the digital age, bracketing has become a standard tool for creating HDR shots – 3 or 5 frames are shot, which are then glued into one using special software. There probably won’t be any other uses for it in the near future.